We are an Authorised Financial Services Provider | License No. 14396

We believe you should only insure against those risks (generally of a catastrophic nature) you cannot reasonably afford to carry yourself. Informed decisions can only be made after assessing the potential for loss.

We are specialised short-term insurance brokers who offer real assistance in the event of a claim – especially large ones. Simply stated, we make sure you get settled in full as promised in the policy. In other words, you'll get the best and highest possible payout when making a claim without having to appoint your own Specialist Loss Assessor.

Business insurance or Commercial insurance protects a business against unexpected losses suffered in the course of its normal activities. In simple terms, this would be loss or damage to company assets and liability for loss or damage caused to others.

Domestic aka "Personal" Insurance protects the personal items you own, such as your car, home and personal possessions, as well as your liability for loss or damage you may cause to others, in your personal capacity.

Why you need us

We will gladly assist you by thoroughly analysing your insurance needs, be they:

At no extra cost

Many years ago, or to be more precise, in the 1940s, John Schofield discovered that there was a cycle of tragedy occurring that would cause major setbacks in businesses, and quite simply he didn’t enjoy seeing individuals suffering as greatly as they were especially after paying a monthly premium. He realised that by launching himself as a specialised independent insurance broker, he could deliver a service that would change the outcome of a catastrophe.

For 30 years he worked as a specialised insurance broker in Durban. He worked for various insurance broker companies until he gained the knowledge and experience needed in order to establish his own brokerage.

In 1974, with the encouragement from his clients, John took the risk and established John Schofield (Pty) Ltd. The small brokerage took off first handling commercial and industrial insurance, but soon expanded into other specialised insurance fields.

It was only 9 years after (in 1983), that John’s oldest son realised that the purpose of his father’s company was impacting the business world. Jerome became an eager employee lapping up every bit of knowledge, understanding and insight needed in order to continue the legacy of honesty.

With John’s health failing, he sold the majority of the brokerage to outside interests, and in 1985 he passed away.

When Jerome realised that the company was no longer driven by its original intentions, he left in order to remain true to himself, and continue with the original purpose of the brokerage.

Jerome re-established the company’s intentions and turned the business into what its known for today—assurance. And with assurance comes peace and security; security in knowing all is well.

The new firm was officially launched as Jerome Schofield cc Insurance Brokers or JSib in 1990 with the purpose of bringing impartiality, honesty and integrity back to the business world.

After being founded on the idea of having a normal business day even after devastation occurs, JSib has become Durban’s leading brokerage in honesty, nobility and insurance-know-how and it has grown more than 30 times in its initial size. JSib continues transparent and sound business practices when dealing with various specialised insurance types such as: marine insurance, business and commercial insurance, contractor’s insurance, engineering insurance and public liability insurance. The company has brokers who can operate in Durban, Johannesburg, Cape Town and other smaller cities/towns in South Africa.

A Thriving South Africa through the provision of an efficient Insurance Broking Service exceeding the expectations of our clients.

Whilst we regard the insurance policy as a legal contract, we believe that it is also a statement of an Insurer’s minimum responsibility and there are many situations when fairness and equity demand that they recognize a moral obligation beyond the strictly legal terms.
This must always be a consideration when settling a claim.

A few of the claims on which we made a difference

All Risks - Theft from Car

Location: Accident on N1 near Parys

Top Brokers in the country

Can insurance help me stay in business?

That is exactly what a well-designed business insurance portfolio should do. Your job is to handle the expected and reasonably foreseen trade risks which can put you out of business. Your insurance broker and company are there to handle the unexpected and unforeseen risks. They do this by analysing your business operation, then recomending and advising you whether and how to reduce or insure these risks. It is a "partnership" relationship designed to protect your business.

In my research I found that there are many types of insurance products. It's all very confusing. What do you advise?

That’s like asking, "How long is a piece of string?" The best thing to do would be to find an experienced and reputable insurance broker who, after analysing your requirements and risk profile, will develop an insurance portfolio to suite your unique needs.

These days, I hear a lot of news about insurance issues related to the employee-employer relationship. This makes me wonder if I could be held liable for anything if I send my employees on a business errand in their own vehicles. If it's my employees car, could I have a problem?

Yes, your company could be liable for accidents that might happen because the car was being used for YOUR BUSINESS even though you don’t own it. You need to make sure that your business insurance includes "Contingent Liability" (or "Employer's Non-Owned Motor Liability Insurance") to protect the business from liability for vehicles that it uses but does NOT own. Even if you own other vehicles, and have them insured, make sure the Contingent Liability extension has been added.

Why does the sum insured on my Homeowners policy keep going up every year?

Once the replacement cost of your residence is determined (usually at the original inception date of your policy) your insurance company updates the replacement value each year based on a building cost inflation factor. At one time it was not uncommon to see the market value of a home far exceed the cost to rebuild the home. These days it is not always so and in many cases the cost to build a home is more than the cost to buy it (including the land). While real estate values are relatively low, the cost of building materials and labour is not.

This stands for "Financial Intermediaries Association", F.I.A. is striving to be a professional, influential world-class association for the long- and short-term insurance broking, financial services intermediary and consulting industry in South Africa.

Who or what is Sasria?

Initially known as the "South African Special Risks Insurance Association", it was founded in 1979 as an incorporated association not for gain to underwrite political riot insurance. Since then the scope of cover was been widened to include loss or damage due to Riot, Strike or Public Disorder (excluding Malicious Damage). In 1998 Sasria was converted to a limited liability company with the S.A. government as sole shareholder and the name changed to Sasria SOC Ltd.

Looting is covered in the following circumstances:

a) Where the looting was itself the immediate objective and was achieved by means of one or more of the acts set out in the operative clause of the policy; or

b)Where the looting was an immediate, proximite, direct and foreseeable result of the very opportunity for theft and looting brought about by the state of confusion or disorder following upon the commission of one or more of the acts set out in the operative clause of the policy.

What are the current SASRIA rates?

You will find these here 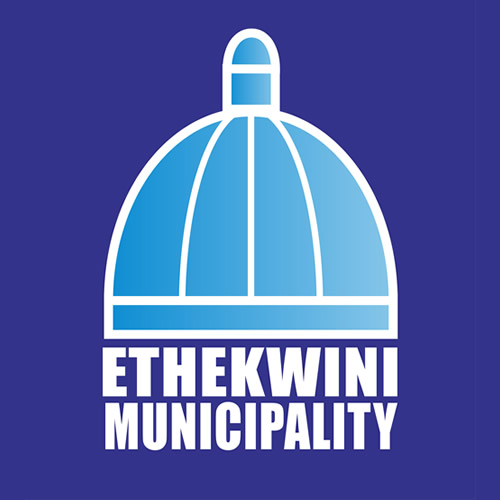